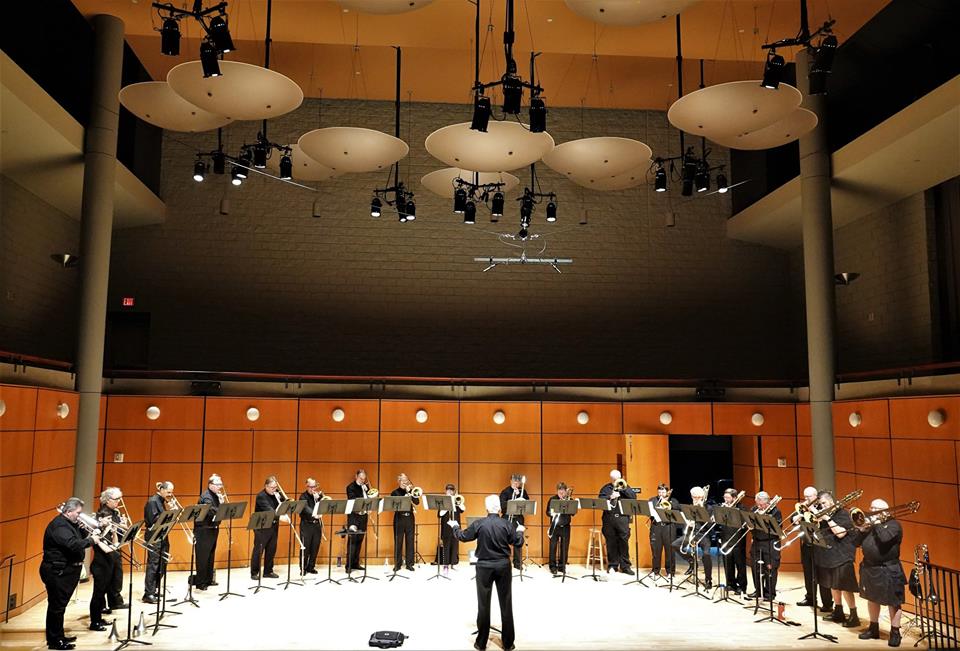 Membership: Members of the Atlanta Trombone Ensemble include many of the most talented and dedicated trombonists in the metro Atlanta area. Membership is open to trombone players who have graduated high school and and have a good sound, reasonable ear, good reading skills and a great attitude.

Conductor: Gil Estes is a native of Atlanta and a graduate of the Florida State University where he studied with Dr. William Cramer and Dr. John Drew. He later attended the University of Northern Colorado for his graduate work and studied with Mr. Buddy Baker. In addition to conducting the Atlanta Trombone Ensemble, Gil is also an active trombonist playing in several orchestras, cover and tribute bands as well as most any other free-lance opportunity that comes up. Gil also maintains an active studio for younger school age players.

Trombone Ensemble: The concept of a trombone ensemble may be new to some, but has been around since the Renaissance times. The range of the trombone closely matches that of the human voice and when put together with others, creates a big, bold sound that carries with is a beauty that is beyond description. Come find out what it’s all about…