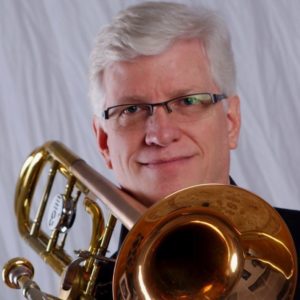 After college, Gil taught high school band in South Florida as well as metro-Atlanta. As a trombonist, Gil is an active free-lance musician, playing in various venues around metro-Atlanta. In addition to playing, he maintains a trombone studio and is the musical director for the Atlanta Trombone Ensemble.